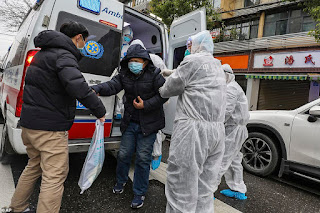 The World Health Organization (WHO) announced on Thursday that it was declaring the deadly coronavirus outbreak spreading from China to be a global health emergency.

The warning, officially known as a 'public health emergency of international concern' and defined as an 'extraordinary event', is the highest alert the UN health agency can issue.

'Our greatest concern is for the potential for the virus to spread to countries with weaker health systems, which are ill prepared to deal with it.'

He added that the declaration didn't mean a 'vote of no confidence in China' and, in fact, congratulated the Chinese government for taking 'extraordinary measures' to contain the outbreak. 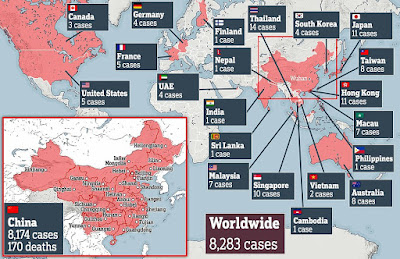 This marks the fifth time the WHO has made such a declaration since the rule to do was implemented in 2005: for the influenza pandemic of 2009, a resurgence of polio 2014, the Ebola crisis in 2014, the outbreak of Zika virus outbreak in 2016 and the Ebola outbreak in the Democratic Republic of Congo in 2019.

Such a declaration does not give the WHO more money, but officials can make recommendation on travel or trade was well as mobilize public and political action.