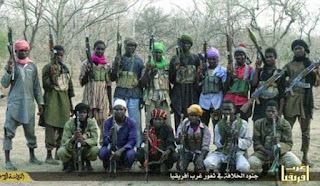 Aderemi Opadokun, the Commissioner of Police, stated this while speaking with journalists in Maiduguri.

“The attackers burnt down some houses and killed seven persons in the village situated along Konduga-Maiduguri road,” Opadokun said.

He said that security agents had already commenced investigations on the issue.

Over 15,000 people have been killed since the Boko Haram insurgency began in 2009.