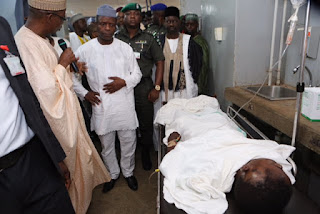 Nigeria’s Vice President, Prof. Yemi Osinbajo, has visited the victims of the Gombe twin bomb blasts which occurred on Thursday.

Professor Osinbajo, while inspecting the scene of the incident, condemned the act and described the perpetrators as evil doers that do not have respect for human life.


He also encouraged residents not to be deterred even as the war against terror has been intensified.

The Vice President also visited the Emir of Gombe where he commended the courage of the people for not allowing the incident to weigh them down in spite of the realities on ground.

He gave them an assurance that he would take their message to the President.

The federal government, in commiserating with the people and government of the state, also dispatched the Vice President to condole with the bereaved and empathize with the injured.

Gombe State Governor, Ibrahim Dankwabo, expressed the people’s gratitude for the quick response of the federal government in identifying with the state during the challenge. 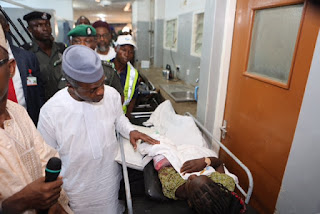 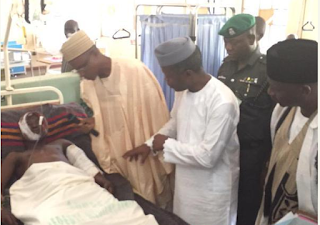 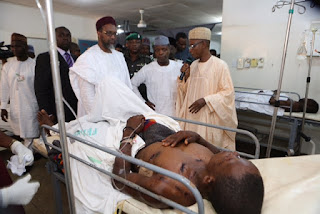