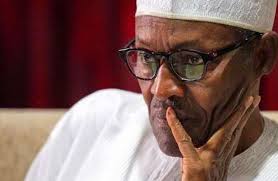 After six weeks of silence on the issue, President Muhammadu Buhari said monday that his administration would not make any decision on the clamour for the removal of fuel subsidies, adding, however, that his government would handle the issue on their removal “with care”.

According to the statement by Garba Shehu, the president’s Senior Special Assistant, Media and Publicity, the president spoke after receiving a briefing from the Ministry of Petroleum Resources, Nigerian National Petroleum Corporation (NNPC) and other agencies in the oil sector.


Shehu said Buhari told the officials that he had so far received a lot of submissions on the need to remove fuel subsidies but that he was still carefully reviewing them.

He quoted Buhari as saying: “I have received many literature on the need to remove subsidies, but much of it has no depth.

“When you touch the price of petroleum products, that has the effect of triggering price rises on transportation, food and rent. That is for those who earn salaries, but there are many who are jobless and will be affected by it.”

Buhari also said that the lack of security, sabotage, vandalism, corruption and mismanagement, not necessarily subsidies, were the most serious problems of Nigeria’s oil sector.

He promised to deal decisively with all identified problems in the oil and gas sector.


“We have to go back to the good old days of transparency and accountability,” the president said.

Buhari directed NNPC to review existing agreements for the crude oil swaps with a view to injecting more honesty and transparency into the process to reduce costs.

He also asked NNPC’s management to do more to improve the supply of liquefied petroleum gas (LPG).

Buhari also assured investors in the oil and gas sector that his administration would implement far-reaching reforms to boost accountability and transparency in Nigeria's oil and gas industry.

The president made the statement when he held a meeting with senior officials of Chevron led by the company’s President for Africa and Latin America, Mr. Ali Moshiri.

Buhari stated that his administration was ready to effectively address the challenges in the sector.


“We understand the situation in the industry and we will do our best to address the challenges affecting exploration, production and distribution of oil products in the country,” he told the delegation.