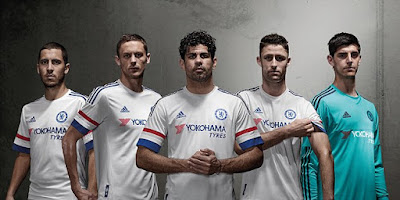 Chelsea have released their new away kit for the 2015-16 Barclays Premier League season with sponsors Yokohama Tyres, and will debut it during their pre-season tie with Barcelona next week.

Chelsea are currently on tour in the US and the English champions face their Spanish counterparts in Washington on July 28, when their stars will wear the white jersey with red and blue sleeves.


The club wore white during their Champions League-winning season in 2012, and it was last seen in 2013-14 when Jose Mourinho returned for his second spell as manager at Stamford Bridge.

The champions signed a £40million-per-year deal with the global brand Yokohama Rubber Company which lasts for five seasons, and Diego Costa led their launch on Thursday. 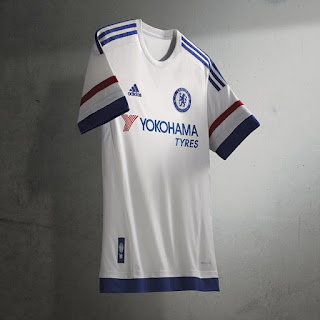