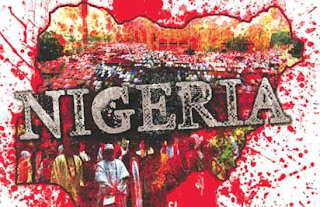 Piqued by the increased cost of governance in the country, a group, Concerned Nigerians in the Diaspora, has condemned the development saying it is immoral.

According to the group which is made up of Nigerians living outside the shores of the country, the cost of running Nigeria’s democracy is too high judging from recent revelations on the wastefulness and profligacy of the National Assembly especially given their alleged penchant for lack of accountability and corruption.


The group found it guilty, unequivocally and without mincing words, the wardrobe allowance practice, amongst other grossly excessive salaries and allowances, as recently awarded or deemed due to members of the NASS.

In a statement, signed by Olu Alaba Alakija, he said, “we are worried that at this time of dire economic situation that has hit our dear country as well as in this period when we look forward towards the actualisation of the change that Nigerians have yearned for and finally got at the last elections, our recently convened eighth National Assembly has decided to conform with the unwholesome norm of ‘business as usual’ by accepting the huge immoral wardrobe allowance like their predecessors.

“It is an obnoxious, inconsiderate, insensitive and selfish move by anyone seeking to serve the public good to move for such massive pay in the light of general poverty of the 160 million people of Nigeria, where several state governments and even the Federal Government are in deficit of payments of workers’ salaries for up to seven months; where the healthcare sector is in tatters and the education and employment of our youths have suffered for many decades.”

He stated that Nigerian politicians have turned themselves into instant millionaires just for being in government, paying themselves huge, obscene and unjustified salaries and allowances not commensurate with their very low productivity and without doing anything worthwhile for the country or humanity


“For the past sixteen years, the National Assembly have had no visible impacts of their representations on the lives of Nigerians, so why are we funding their expensive lifestyles, and getting zero in return? What kind of legitimate work can anybody do in Nigeria that will fetch such atrocious remuneration or salary?” he queried.

According to him, “the obscene salaries and perks are what is attracting unscrupulous and dubious political charlatans to the serious business of governance and law-making, and this is why they will always rig elections, commit murder and assassinations to position themselves where they will steal, shutting out genuine and sincere democrats who want to do well for the welfare of their people.

“This has got to stop. One way it can stop is to start by reducing very drastically the remuneration of lawmakers and that of other political office holders in such a way that it will be unattractive to potential thieves and looters, and that only people who sincerely want to serve will see such small remuneration as enough motivation to contest elections to these offices and be committed to good governance and delivering desired results.”

He noted that Nigeria does not need a full time bicameral legislature. What is needed is a unicameral legislature that will meet for a maximum of 30 days or so a year and afterwards, they would go back to whatever their various professions are.


“The viability of our federalism has a question mark to it given the beggarly manner State Governors and their Finance Commissioners lay siege on Abuja, cap in hand for federal allocation. Our federating units called States are simply not looking viable.

“This Presidential system, although looking a good option, is not being operated properly by the political class. In a country and society as corrupt as ours, we now know that it is very open to gross abuse by unscrupulous and self-seeking politicians.

“We are firmly and definitely of the opinion that legislative work in Nigeria should be a part-time commitment. Only persons with a visible means of livelihood should be allowed to become lawmakers, and the various Chambers do not have to sit so often.”

However, the group appealed to the leadership of the eighth National Assembly as convened to, as a matter of urgency, lead by example by renouncing and rejecting the wardrobe allowance. This will go a long way to set agenda for the much avowed change mantra of the new administration


“We want the National Assembly to immediately set in motion the process of reviewing the jumbo salaries and insensitive allowances of its members in conformity with current reality of the Nigerian economy so that the legislature can lead in the crusade against abnormalities in wages and allowances in a way that it will be effective in its oversight functions over the executive arm.”

The group also called on President Muhammadu Buhari to live up to his campaign promises of ensuring fiscal responsibility, accountability and putting an end to impunity in all arms of government, including the civil service

The group urged state governments owing workers’ salaries to address the problem urgently without fail, and to address same issues of waste and impunity in resource management in their respective states.