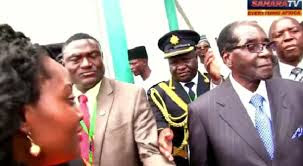 Dear Nigerians: Thank you very much - By Nomazulu Thata

Letter to the people of Nigeria,

Dear Nigerians, you are really God sent, God sent. I watched “Mugabe confronted by Sahara TV reporters” with awe and wonder, where you got the courage from to tell our President, when will there be democracy in Zimbabwe, a question we cannot ask in our own country.

You did that for us, you asked our President strong and pertinent questions: When are going to step down? When are you going to step down Mr. President? You did all that in accordance with your profession, putting the power of the camera and the voice, the message was eloquent for all of us to see and hear.


You did not want to be pushed away doing your work. His aides who do not know freedom of speech hindered you from doing your work, started speaking Shona in Nigeria! It is the arrogance of the President’s aides that tell them that the language Shona is spoken in the whole of Africa.

It was the good lady in yellow costume journalist, the lady who insisted on asking the President: “Mr. Mugabe how are you? When are you going to have elections in your country?” He answers. “Mr. President when are going to step down, is there a term limit?

“You came to witness democracy in our country. When will there be a change of power from one to the other in Zimbabwe, Sir. Why are you here Sir, if you don’t practice democracy in your own country? Invite us, invite for a new inauguration in Zimbabwe Sir. Oh, he is so old, my God! So old. Where is Jacob Zuma?

If President Mugabe was civil and human he would have crushed down physically, just for being asked such questions from young Nigerians as old as 25 years, such direct questions, embarrassing questions, young Nigerian people who were not born when he came to power.

In their lives they have seen and witnessed several changes of hands of governments in their country. He went to Nigeria to witness a democracy he is failing himself in his own yard. He crushes democracy in his own Zimbabwe.

He rigs election broad day light and travel the whole of Africa telling younger Presidents what to say to the West. On what moral ground, we ask? It would appear as if he has no morals at all to attend a democratic elected inauguration in Nigeria.

It was the Zambians who showed us that courage can change regimes, now it is the Nigerians showing absolute courage, what Zimbabweans need to have to change regime in our country. We thank you for this courage we are seeing and learning, you are just exemplary when it comes to confronting despots dear Nigerians.

Give us time dear Nigerians, we shall indeed confront the despot and its cabals and we shall overcome someday.

It was Zambian standing for us not long ago. They told Mugabe to go back home and solve his failing economy. The least the Zambian people wanted to see was a President called Mugabe that time during the elections that have not yet been concluded.

It was giving a wrong message that he came to manipulate election results, something that is running in Mugabe’s vein. Now it is you Nigerians speaking for us, it is becoming clear to us that the people of Africa do really sympathise with us and our desperate situation we find ourselves in, in Zimbabwe.

It is these African Presidents, almost half of them, who do not have the mandate to rule their own people, who pep up Mugabe to be the champion of African people. They, most of them talk anti-Western rhetoric during the day, at night they will phoning the very Western countries asking for AID that they cannot repay.

These Presidents are of the same cloth with Mugabe. They dubiously got power and would like to see Mugabe championing their repression to the people of the African continent. It is not normal at all for African Presidents to elect Mugabe, a 91 year old as Chairperson for AU nor is it normal for SADC countries to have President Mugabe as SACD Chair even if it was rotational.

That Chairpersonship should have skipped him on grounds of old age. It simply shows young generations in Africa, that something is fundamentally wrong in the systems of governments in Africa as a whole. Indeed we are let down by African Presidents and not African people.

Dear Nigerians, we Zimbabweans are not free people and you know this and it is for this reason you are asking our President to step down. He has messed up the country that has the potential to shine in Africa. We are under the same colonial yoke, albeit a black colonial master who masquerades as a democrat.

He has blood in his hands, so many people have died since 1980. He is an architect of genocide in most marginalized place of the country: Matebeleland. When he was facing defeat in year 2000 he leashed farm invasions that saw the killing of many thousands of people, black and white.

In year 2005 he made thousands homeless by crushing homes of people struggling to put bread and butter in their lives. In the elections of 2008 he killed many MDC supporters who wanted to vote him out of power. In 2013 he rigged the elections in broad day light, the SADC and AU members watched and legitimized the election as a victory for Mugabe.

Dear Nigerians, we are happy and very happy that you share our disposition. You said it loud that there should indeed be change in the government of Zimbabwe. You wish us well, you want Mugabe out so that there is some semblance of sanity in the country without the nonagenarian in power.

It is a wrong precedence we give you, young generation that a man as old as 91 can still command political and economic authority in a fast global economic development he has no clue whatsoever what is happening in the world anymore.

You saw it yourself just how old he has become, physically very, very old and fragile. Mentally he is worse. He can say anything, any vomit can come out of his mouth. Minority citizens are carelessly told how uneducated they are to go to South Africa to do manual work, but forgets that he triggered the exodus himself, with his economic failings.

Dear Nigerians, we have given up so much that we even think a coup is fine for us to change regime in our country. Much as you have given a fine example of democracy in your country, we are stuck so to speak with this old man. There are all signs that he wants his wife to take over the Presidency if he dies.

He will never leave office, he wants to die in office. Can you then blame us if we tell you we wish a coup to happen so that we have some semblance of change and we hope different? This is how desperate for change we are right now. We have been reduced ever to think violence is the answer to our problems.

In your uttermost prayerful moments please continue to pray for us, who knows it may be that some divine intervention is now the solution. It is for this reason that we think you are just God sent to assist us in our effort to remove Mugabe from power.

I thank you for your powerful voices. Please never underestimate what you have demonstrated, it was just marvellous. We need more countries to tell our President to quit power and we can start clearing the mess of over 35 years of misrule! 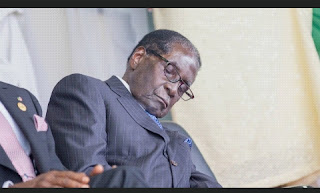 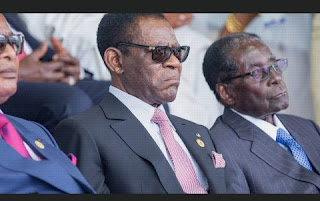