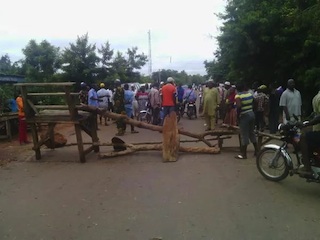 Major roads leading into Ado-Ekiti, the Ekiti State capital, have been barricaded by thugs.

An eyewitness’ account has it that the thugs blocked the ‎Olasore side and Efon Alaye section of the express road.

The Ikere section of the Akure-Ado express road was also barricaded by the thugs.


It is believed that the move was in response to Governor Ayo Fayose’s call for Ekiti people to take to the streets to save him from being impeached by state lawmakers.

The All Progressive Congress, APC, lawmakers had earlier threatened to remove the governor.

The Peoples Democratic Party, Mr. Fayose’s party, had also said its members will mobilise and resist any plots by the lawmakers to impeach the governor.

It was reported that thugs had, yesterday, 2 June, 2015, surrounded the Assembly complex and were waiting eagerly for the PAC lawmakers who were set to hold a sitting inside the Ekiti House of Assembly complex. 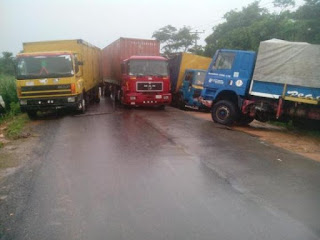 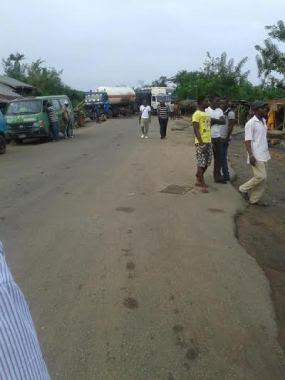