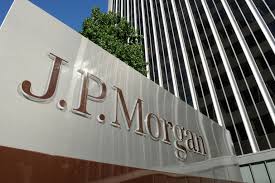 JP Morgan has threatened to remove Nigeria from its Government Bond Index (GBI-EM) by the year-end unless the Central Bank of Nigeria, CBN, restores liquidity to foreign exchange market to allow foreign investors tracking the benchmark to transact with minimal hurdles.

The bank said, weekend, it had extended the deadline to eject Nigeria by another six months to take into account the arrival of President Muhammadu Buhari.


JPMorgan, which runs the most commonly used emerging debt indexes, placed Nigeria on a negative index watch in January and then said it would assess its place on the index over a three to five months period.

“Nigeria’s status in the GBI-EM series will be finalized in the coming months but no later than year-end,” JPMorgan said.

Removal from the index would force funds tracking it to sell Nigerian bonds from their portfolios, potentially resulting in significant capital outflows. This in turn would raise borrowing costs for Africa’s largest economy, already suffering from a sharp drop revenue following a plunged in oil prices.

Nigeria’s forex and bond markets have come under pressure after the price of oil, Nigeria’s main export, plunged. In response, the central bank fixed the exchange rate in February after devaluing the naira last year and tightened trading rules to curb speculation. The naira has lost 8.5 percent this year.


“If we are unable to verify these factors, a review of Nigeria’s status within the benchmark for removal will be triggered,” it said in report, adding that the factors included a liquid currency market. Analysts did not expect JPMorgan to remove Nigeria.

JPMorgan added Nigeria to the widely followed index in 2012, when liquidity was improving, making it only the second African country after South Africa to be included. It added Nigeria’s 2014, 2019, 2022 and 2024 bonds.

The bank said Nigeria continues to remain eligible for the GBI-EM index, which has around $210 billion in assets under management benchmarked to it, with a weight of 1.8 percent.

The central bank last week made a tiny adjustment to its exchange rate peg to the dollar, which one analyst said may indicate that it is beginning to think.