Before Our Lawmakers Auction Us - by Niran Adedokun 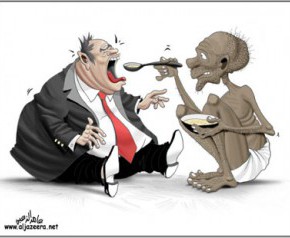 The widespread anger which greeted the reported outrageous allocations for wardrobe allowances for members of the National Assembly earlier this week is quite understandable, and obviously inevitable.

From what we heard, as from next week, every member of the House of Representatives, some of who have no idea what they will be doing and will not recover from that ignorance anytime during their four-year term, will have the sum of N1.4m to expend on clothes and accessories with which they will dazzle the taxpayers who pay them monthly. His more fortunate and privileged counterpart in the Senate will have a more handsome sum of 1.7m in the same 30-day period to maintain his wardrobe!


That sum, which does not include an assortment of other allowances, will pay the minimum wage of 81 other Nigerians. Only that unlike the legislator who sits three times in a week but hides under all sorts of committee engagements to convince us that he is busy, these 81 people work very hard, five days of the week just to fend for themselves and their families and pay the salaries of men and women who were sent to Abuja, Nigeria’s Federal Capital Territory, to represent the people’s interest.

But it gets more pathetic. While millions of people who earn a minimum wage of N18, 000(far less than $100) and hundreds of thousands of others who retired after serving the nation for an average of 35 years are being owed salaries and pensions for periods ranging from between five and 10 months, the princes and princesses that we just elected to talk, or even fight and throw chairs in the chambers for us, must get their indulgences before the legislative houses resume.

Nothing depicts the lopsidedness of the Nigerian situation as aptly as this: He who is called to serve is now being serviced. Members of the political class in Nigeria feed so fat on the larger percentage of the people that they have become indolent and uncaring. This is more so for the legislature which fails to be the true representatives of the people by pandering to filthy lucre or the dictates of a patron.

Now and again in this column, I have registered my disappointment with the National Assembly, obviously, the largest assemblage of overpaid and underperforming men and women anywhere in the world. In a recent piece entitled, “The failure staring APC in the face,” I ventilated the opinion that the National Assembly is the most important arm of government and that a lot of the inefficiencies including corruption that we see in the polity result from the inaction or collaboration of the legislature.

But the National Assembly apparently has the idea that it is best to use its powers to milk Nigeria dry without much consideration for the fact that well over 100 million Nigerians are unable to afford more than one meal in a day.

Nigerian are therefore justifiably horrified and outraged by the news of the reckless national expenditure on the humongous salaries and allowances of the members of the National Assembly.

An investigative report indicated that aside from the speculated wardrobe allowances (which was not part of the paper’s investigation), each representative will get another N14.5m in lieu of accommodation, vehicle and furniture while each senator is entitled to the sum of N16.5m. All of this, in my opinion, amounts to an assault catalysts for the widespread exclamation of poverty and lack of opportunity in the land.

While civil servants are unpaid with all its attendant chain effects on people in many of our states, it is scandalous that the perks of office of one legislator are huge enough to feed a small village when all are added together.

This will also account for the desperation with which people gun for political offices in Nigeria. Given the considerable remuneration of political office holders, a number of our people now consider politics as a profession and are willing to do anything to attain such ambitions.

We will however miss this point to imagine that this extravagance is limited to the National Assembly. The truth is that other categories of public office holders earn enough to compete with entrepreneurs and investors except that the former bring nothing to the table. This is evident in the fact that the excuse of many governors for owing several months of salary arrears to civil servants and gratuities to pensioners is the drop in federal allocation. Sixteen years after return to civil rule, a majority of our states have no creative ideas on how to reposition their economies from their rent-seeking nature to a productive one. Yet, the drop in federal allocation does not stop them from flying private jets and playing Santa Claus all year round.

Having said all of this however, one should borrow from the Yoruba expression that even when one is crying, one should see clearly. I should clarify that in spite of the justification of the disgust of Nigerians at the earnings of legislators, which they have hidden from public glare over the years, politicians do not fix their salaries and allowances.

The responsibility for this is given to the Revenue Mobilisation Allocation and Fiscal Commission which was created by paragraph 32 of Part I of the Third Schedule to the 1999 Constitution of the Federal Republic of Nigeria. Sections 84 and 125 of the constitution specifically empower the RMAFC to determine the remuneration of political office holders emphasising that neither the National Assembly nor the state Houses of Assembly can go beyond what the commission recommends.

While venting our anger on politicians, we will also need to request that the RMAFC presents to Nigerians the parameters it uses in prescribing these humongous allowances especially at this very austere period when the country is manifestly poor, broke and almost bankrupt. When the revenue has continued to dwindle as a result of the single product economy that we have and when hopes for an improvement seem far away. This is not to talk about the $60bn local and external debts and the N2.4trn with which we have serviced those debts in the past four years. How does this commission justify this dangerous and unsustainable benevolence in the face of the lack that the majority faces?

President Muhammadu Buhari who, along with the All Progressives Congress (whose members have also benefited from this criminal wage for years) promised that things would change in Nigeria must move fast to end this rape of the people and restore sanity to the country before it explodes. No serious nation, intent on sustainable development, spends the bulk of its public finances to maintain the prodigious taste of the upper echelons in government.

Buhari’s anti- corruption and frugal mantra will remain mere ideological expressions without blocking all the leakages which deplete our resources and make politics look like the only business for which living could be pleasant in Nigeria.
Labels: Must Read