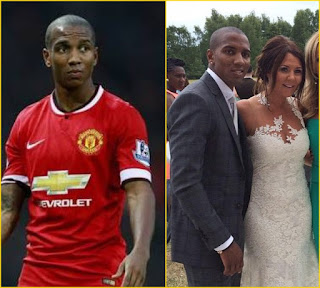 Ashley Young has celebrated his standout season for Manchester United by finally tying the knot with childhood sweetheart Nicky Pike - four years after the couple had originally planned to marry.

The England winger left friends and family shocked when he called off the £200,000 ceremony out of the blue just 48 hours before the big day in 2011.


But at the second time of asking the couple, who began dating when they were still at school, got hitched in a secret wedding at the plush Stoke Place Hotel in Buckinghamshire on Saturday.

The couple, who have two children together, nine-year-old son Tyler and younger daughter Ellearna, reconciled four months after Young got cold feet first time around after calling off the do that was booked at five-star hotel The Grove in Hertfordshire. 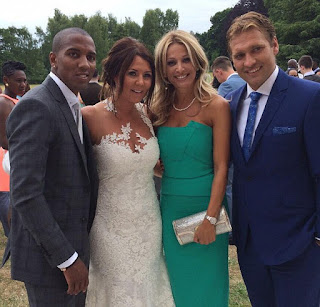