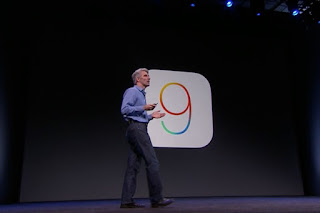 The next update to Apple’s iOS iPhone and iPad operating system was unveiled on Monday and introduced a new intelligent search assistant, greater speed and security.

The free update that will be available in September is aiming to refine features and styles implemented last year with iOS 8, instead of launching big new features, as the operating system matures following Jony Ive’s promotion to chief design officer.


Apple has concentrated on optimising iOS to run smoother and faster with lower power consumption, adding an extra hour to the iPhone’s battery life, plus an additional low-power mode will add another three hours of iPhone battery life.

One of the more significant new features is a new search assistant that builds on Apple’s Spotlight search facility and integrates with Siri to create a Google Now competitor, capable of displaying data from apps and the web, and controlled via text or voice.

Siri can now offer directions based on invitations pulled automatically from email, as well as when to leave reminders based on events. The information displayed is context sensitive, including the ability to understand that the user is looking at something in particular when they say “remind me about this later today”. Users can plug in headphones in one location and always get the music app, for instance.

“All of this is done on device, and stays on the device, under your control,” said Apple’s senior vice-president of software engineering Craig Federighi, saying that searches made on the internet are performed anonymously, as Apple is not interested in your data, a dig at rival Google.

Apple Maps will see an overhaul, with public transport directions, including those within London, New York and San Francisco, and enhanced street-level imagery, similar to Google’s Street View.

Apple also launched a new news aggregation app called “News” – a Flipboard-style interface for content from third-party publishers including the New York Times and ESPN. Apple stressed that readers would be anonymous and that their reading would not be tracked. It will be available in the US, UK and Australia.

The iPad received enhanced multi-tasking upgrades with the ability to have more than one app on screen using “slide-over” similar to Microsoft’s Windows 8.1 split-screen modes.

Videos can also be played in a picture-in-picture windowed mode, while the virtual keyboard gained text editing features and enhanced support for bluetooth keyboards, taking aim at Windows tablets and laptops.

One of the big changes will be in the sizes and speeds of apps built using Apple’s Swift language. The programming language, open sourced by Apple, will form an integral part of the new operating system.

The operating system will also take up a smaller amount of space on the device, requiring 1.3GB of free space to install. iOS 8 required more than 4GB to install, which caused issues for users requiring them to delete apps.
Increased security

Security has been improved in iOS 9 to help fend off hackers. Stronger end-to-end encryption will be used for syncing information such as notes and reminders, while a new set of security extensions will prevent unauthorised access to secure files.

The new measures are likely to cause issues for the jailbreaking community, which often exploits weaknesses in system files to open up iPhones and iPads and install custom software.

iOS 9 will support all devices currently running iOS 8, available as a free update in the fall. 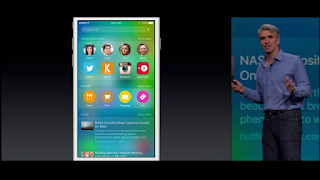