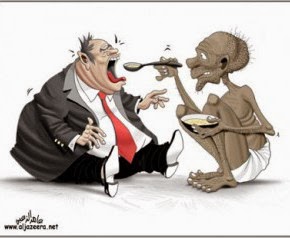 When Pastor Tunde Bakare made the statement in 2011 that it takes idiots to be ruled by fools, in one of his widely televised sermons, it attracted very diverse and divergent commentaries from Nigerians. But in retrospect, with the level of decadence and inept leadership that we have experienced in Nigeria at all levels, tiers and arms of governance, most of those who were offended by Bakare’s outbursts four years ago are beginning to question their position then.

It baffles me to no end that civil servants, at both the federal and state levels, are still being owed arrears of salaries and wages, some dating seven months back, yet their governors and those who purport to represent them as legislators continue to revel in obscene opulence and everyone pretends as if all is well. It still baffles to no end that all the social media critics and civil rights activists in Nigeria have gone deaf and dumb on the despicable and pitiable plight of these civil servants. It still baffles that the Nigeria Labour Congress, Trade Union Congress and all the pressure groups in Nigeria are not agitating for an end to this wickedness and impunity.


But can I tell us the bitter truth? Bakare may partially be right. Here is why. Did these governors and the Presidency provide for these salaries and wages in their annual budgets? The answer is absolute yes. Adequate provisions were made and more. Were these salaries and wages appropriated by the National Assembly and the state Houses of Assembly in the 36 states? The answer is a big yes. These monies were appropriated, which makes it a law, and which when flouted should attract dire consequences. Were these monies made available? The answer is yes, evidences and records clearly show that they were made available. So, what happened to the monies, especially, those for last year and early this year?

The monies, running into trillions of naira from Aso Rock to the state government houses were received from the Federal Account Allocation Commission and Joint Accounts Allocation Commission accounts but cornered by these politicians to prosecute their electoral campaigns. Why then did the citizens and the civil servants not protest vigorously last year and early this year being election season? Why would they protest, when most of them were prancing all over the place receiving handouts and gift items to sell their civic franchise to employ public office holders to the highest bidder and even assisting the rogue politicians to thumbprint ballot papers and circumvent the wishes of the masses in some locations. Why did they not query the source of the monies being shared to them since these political office holders do not have factories that mint fresh naira notes and evidences clearly show that their legitimate and statutory earnings cannot fund such obscene campaign expenses.

Honestly, at the period as we are today in Nigeria, I do not envy one bit the positions of President-elect Muhammadu Buhari and his deputy-elect, Yemi Osinbajo. Even some of those with them in the same boat and mouthing change were/are part of the gang on the other side that has wrecked Nigeria since 1999 and are still wrecking her. Two things will surely happen. It is either that Buhari/Osinbajo will frontally take out the rot in the land without minding whose ox is gored or they may sink with these people. The boat is laden with stolen goods. In fact, the boat they are in now was acquired/financed mainly with proceeds of looted funds, which included the unpaid wages and salaries of millions of poor civil servants and monies meant to build roads and infrastructure for the other tens of millions Nigerians. The duo should therefore start scouting now for like-minded sailors who will help them take over the boat, throw over-board into the shark infested waters the rogues in their company and safely return the loot in that boat to the Nigerian masses.