Traits shared by some of the most successful leaders 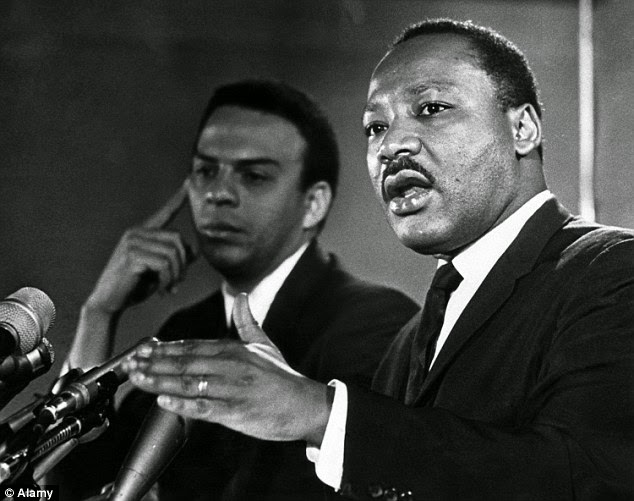 What does it take to be a successful leader?

Whether it’s the president of a nation, a civil rights crusader, manager of a workplace or a youth football coach, the ability to communicate and inspire people to achieve a common goal are an absolute must.

Over the course of history the greatest leaders have conquered personal or professional adversity, unified their supporters – or even their adversaries – with persuasive speeches or swift decisions, and emerged victorious in times of crisis.

Here are eight of the most successful leaders who have shaped the world with accomplishments still resonate today.

Greatest success: Caesar, one of the most celebrated figures in world history, transitioned the unstable Roman Republic into an expansive and progressive Roman Empire and was declared dictator for life.

What made him special: He was a successful military ruler who had genius negotiating skills and a cunning ability to convince bitter enemies to align.

Greatest success: The nationalist leader was the father of India’s independence movement while under British rule, using forms of non-violent civil disobedience to inspire his compatriots.

What made him special: Gandhi is an endearing symbol of peace and tolerance for preaching acceptance of all religions and endeavouring to improve life for India’s poorest classes.

Greatest success: He courageously led the American civil rights movement and his powerful speeches and strategic demonstrations led to reforms that essentially eliminated legalized racial segregation in the U.S.

What made him special: As one of the world’s most captivating public speakers, Dr. King’s ‘I Have a Dream’ speech, delivered in Washington, D.C., in 1963, is one of the most iconic of all time. To this day he is regarded as one of the greatest non-violent leaders in world history.

Greatest success: America’s 16th president led the country through one of the ugliest periods in its history, winning the Civil War – keeping the United States united – and signing the Emancipation Proclamation to end slavery, despite fierce political opposition.

What made him special: The national hero was revered for his honesty, humility courage and oratory skills. His famous speech, the Gettysburg Address, is one of the most important in American history, invoking the principles of human equality contained in the Declaration of Independence.

Greatest success: The anti-apartheid leader became one of the most beloved figures of the modern era as he negotiated an end to white minority rule in South Africa and became the country’s first black president.

What made him special: Mandela served 27 years of a life sentence for treason and became a beacon of forgiveness and positivity after he was freed from prison in 1990. After leaving office devoted his energy to helping the children of Africa and combating HIV/AIDS.

Greatest success: In 1950, Mother Teresa founded The Missionaries of Charity in Calcutta, and it is now active in more than 130 countries with more than 4,000 nuns caring for the terminally ill in hospices and homes.

What made her special: The Roman Catholic nun devoted her life to caring for the poor, sick and orphaned while living among them in India – becoming a worldwide symbol of selfless humanitarian work and compassion.

Greatest success: The only U.S. president to be elected four times, FDR helped America through some of its worst years, seeing the country through the Great Depression and World War Two during its rise as a superpower.

What made him special: Roosevelt overcame personal adversity as he was afflicted by polio and became largely confined to a wheelchair. Regarded as one of America’s best presidents he introduced sweeping reforms to stimulate the economy and declared war on Japan after the bombing of Pearl Harbour in 1941 despite an effort to keep the US out of the global conflict.

Greatest success: After defeating the British during the American Revolution, the visionary military ruler became one of the founding fathers of the United States and its first president.

What made him special: He is renowned to this day for his resolve, bravery, decision-making in incredibly difficult times and ability to lead people to victory.