The Ball Is Now In Jega’s Court - by Ayodele Ojo 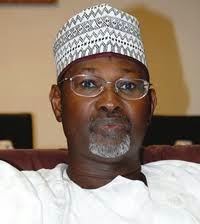 In Nigeria, the office of the Chairman, Independent National Electoral Commission is the most challenging after the office of the President of the Federal Republic of Nigeria. It has been like that right from the first indigenous occupant of the office since 1960. Apart from the fact that the office is challenging, it is also a thankless job. Only a few occupants have left that office with their reputation intact. Which explains my pity for Prof. Attahiru Jega, the present INEC chairman.

Nigeria has so far produced 11 chairmen of electoral commissions at the centre. Generally, they have been men of timber and calibre who reached the peak of their individual careers before their appointment as the nation’s electoral umpires. Some were jurists; others are first class civil servants while some are top academics. Before the current chairman, not less than seven professors had held the office. However, by the time they were leaving, most of them had lost their reputation. They often ended up with their reputation dented.


The first indigenous electoral body in Nigeria was led by Eyo Ita Esua from 1960 to1966. He organised the first post-independence federal and regional elections of 1964 and 1965. The elections were marred with disputes and irregularities which culminated into the military coup of 1966. The coup terminated the tenure of Esua and the civilian administration of Prime Minister Abubakar Tafawa Balewa.

The electoral commission chairmen after Esua and before Jega are Michael Ani 1976; Ovie Whiskey 1983; Eme Awa 1988; Humphrey Nwosu 1989; Okon Uya 1993; Dagogo Jack 1984; Ephraim Apata 1999; Abel Goubadia 2000 and Maurice Iwu 2005. At the time they were leaving office, almost all of these eminent Nigerians had their reputation dented.

Dr Goodluck Jonathan who became the President of the Federal Republic of Nigeria in 2007 appointed Prof Jega as the INEC chairman as a replacement to Prof. Iwu. Born in Jega, Kebbi State on January 11, 1957, Jega attended Bayero University Kano and graduated in 1978 with a B. Sc degree in Political Science. He later became the Vice-Chancellor of the same university on September 6, 2004. In June 2010, he was appointed INEC chairman. However, his most renowned service position was as the President of the Academic Staff Union of Universities from 1988 to 1994.

Jega’s first outing as INEC chairman was his conduct of the general election in 2011. The major contestants to the office of the President of the Federal Republic of Nigeria then were the same contestants in this year’s election. The elections of 2011 were reported in the international media as having run smoothly with relatively little violence or voter fraud in contrast to previous elections. The US State Department said the elections were successful and a substantial improvement over 2007. This no doubt was positive comments on Jega’s INEC. The electoral body has also performed creditably well in the governorship elections in Ekiti and Osun states. In fact, the US congratulated INEC and other stakeholders in the June 21, 2014 governorship election in Ekiti which it adjudged to be credible. Although it should be realised that to conduct election in just one state and only for a single office is a lot easier than the general elections.

The true test of Jega’s INEC is the forthcoming elections. The stakes are higher and the international community is watching. Will Jega go the way of his predecessors or will he etch his name in gold? Time will tell. However, there are doubts by some Nigerians on INEC’s readiness to conduct successful elections judging by its poor handling of the distribution of the Permanent Voter Cards. There are reports also of non-release of adequate funds to INEC by the government. Other issues that might affect INEC’s successful outing include logistics, remuneration of electoral officials and ad hoc staff. The issue of early arrival of electoral materials to various states, local governments and polling units are also some of the challenges.

One other serious issue that needs to be pointed out at this time is the activities of disruptive elements in the society. INEC and all stakeholders must be vigilant to confront these forces capable of scuttling the 2015 elections. It was the same disruptive forces that were instrumental to the annulment of the June 12 election when on the eve of the presidential poll, a dubious injunction was secured from an Abuja High Court restraining the National Electoral Commission from conducting the election. The recent calls in some quarters for the postponement of the 2015 elections and suggestion for the formation of an Interim National Government are capable of creating a constitutional crisis that could truncate the forthcoming elections and derail Nigeria’s democracy which is now beginning to attract international commendation particularly after the success of the Ekiti State election. Nigerians must be vigilant and be prepared to resist any attempt to scuttle the electoral process and abort Nigeria’s democracy.

However, on the issue of elections in the three states of Adamawa, Borno and Yobe, it is obvious that elections would not hold in some areas where insurgency exits. The best that could be done is to allow the security forces to come out with the list of areas that they could possibly guarantee adequate security for INEC to hold elections. The conduct of elections could then be restricted to those areas.

In the case of the Internally Displaced Persons in the North-East and other places including Nasarawa and the FCT, INEC should make a special arrangement in collaboration with the Nigeria Emergency Management Agency for these IDPs to be part of the elections. It might be necessary to appoint a Special IDP Electoral Commissioner to be in charge of the IDP voters all over the country regardless of the electoral provisions on the matter. This will free the hands of the INEC Resident Electoral Commissioners in the states affected to concentrate only on their primary assignment without being saddled with this unexpected and embarrassing situation.

On a final note, it is heartwarming to see all the presidential candidates in the forthcoming poll committing themselves to a peaceful election. This is the first step and one in the right direction. The second step for a peaceful election particularly post-election violence is for INEC to conduct free, fair and transparent elections just like what happened in Ekiti State. The Ekiti election was so transparent that the incumbent governor had to accept defeat and congratulate the winner. There was no post-election crisis by the people of Ekiti State because their votes counted. The lesson here is that once INEC is able to conduct credible polls, post-election violence will be a thing of the past. Professor Attahiru Muhammadu Jega, the ball is in your court.