Now That Crude Oil Is Drying Up - by Olufemi Boyede 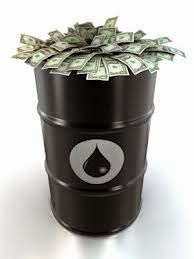 Those who know me would easily recall that I had prayed, on December 31, 2012, that God should cause Nigeria’s crude oil deposits to dry up. A few journalists who interviewed me around that period almost branded me an alarmist, a doomsday prophet. Those who cared more probed further. And to these, I painstakingly explained that unless and until Nigeria no longer had crude oil, or something drastic happened, internationally, to either bring down its price or render it unattractive, I could only foresee a bleak future for the country’s economy.

We are all witnesses to the reality that the thinking capacity and cavity of Nigerians had become deadened by the sudden discovery of crude oil in Oloibiri in the late 60s/early 70s. In the more recent past, social vices metamorphosed into serious criminal activities suddenly appeared in the country’s social sphere: “Bunkering”; “resource control”, “hostage taking”, “marginalisation”, “kidnapping”, etc. suddenly leapt into our national lexicon. The country, realistically classifiable amongst the world’s richest in natural resources endowment, regressed into a mono-product economy, with all of us depending only on crude oil for survival.

Basking in the euphoria of new oil wealth, our leaders watched (closed their eyes is a better choice) as the groundnut pyramids in the North, the cocoa plantations in the West, the rubber and oil palm plantations in the East, all of which accounted for Nigeria’s thriving economy that made the country such a beautiful preserve of her British colonisers in the pre-independence days and shortly after, either disintegrated completely or gradually faded into oblivion. It should not have taken rocket science therefore to understand the reason for my radical prayer point.

Events in the very recent weeks have however justified me and all my “disciples” and confirmed that the Almighty God has actually heard and is now answering my persistent prayers. Suddenly, America, the erstwhile number one buyer of Nigeria’s crude oil, has now stopped buying from us. In their continuous quest to ensure a sustainable future for their own economy, America had discovered Shale Oil. Within the last one month or so, the price of Brent crude, an almost equivalent of Nigeria’s Bonny Light crude oil and sells at the same price, has dropped to about $85 per barrel from a recently stable average of price that, for more than two years now, has hovered around $100-$110 per barrel. (You may wish to crosscheck http://www.nigerianwatch.com/news/5703-increased-shale-output-depresses-crude-prices-which-may-force-nigeria-and-opec-to-act)

According to the above source, the US Shale production is expected to top an amazing 10 million barrels next year, which is going to depress global crude oil prices further. The experts analysed further that break-even oil prices for Saudi Arabia, based on budget requirements are at $89 a barrel but much higher for other producers like Nigeria at about $120 a barrel and Iraq, which requires $114 a barrel or Iran which needs to sell at $130 a barrel

The write-up projects that, “Basically, oil producers will need to do something drastic if prices drop further as they are currently selling below production costs. According to figures produced by Citigroup, Kuwait, the break-even price is $44 a barrel, while it is $71 for Qatar but it is above $100 for most others like Venezuela where it is $161 and for Libya it is $185, while for Russia, which is not an OPEC member, it is $105 a barrel.”

The current alarming depression in the fortunes of crude oil and the imminent collapse of economies like Nigeria, whose very livelihood depends principally on revenue generated from this “black gold”, definitely require a desperate solution. Although I am suggesting the evolution and adoption of “desperate solutions”, I must hasten to clarify that these “desperate solutions” are not and should not be panicky measures executed with our characteristic fire-brigade approach, but must be sustainable in the long run and capable of establishing a stable future economy. Now is the time for Nigeria to go into the “bakery” and come out with a new national cake.

I take the liberty to reproduce an excerpt from the Order, justifying the promulgation of the NEI.
A detailed study of the Executive Order indicates the Obama administration’s strategies to ensure the timely actualisation of its radical but singular objective. Apart from constituting a cabinet Export Committee under the personal supervision of the President himself, the law envisaged and therefore introduced a package of incentives that were considered as imperative to immediate progress. I shall discuss some of these in greater details in future write-ups.

As we begin to come to grips with the reality of the crises of a mono-product economy and our complacent over-dependence on crude oil over the past four decades, I believe that we need to take a similar drastic measure. If we were bold enough to adopt America’s Presidential System of Government, it can only be logical that we take the “best practice approach” of wasting no further time in adopting America’s response to economic crises. We must admit the compelling need of a revolutionary rapid attention to the development of the non-oil export sector as this is the only solid future we have. In doing this, we must be prepared to pay the price. To have a great plan and not be ready to pay the price for its actualisation is only wishful thinking.

My recommended solution is to reiterate the fact that now is the time for the creation of a Nigerian Response Squad under Mr. President. We must understand that the only way to address dwindling oil fortunes is to create a solid non-oil export driven economy.
Labels: Must Read oil