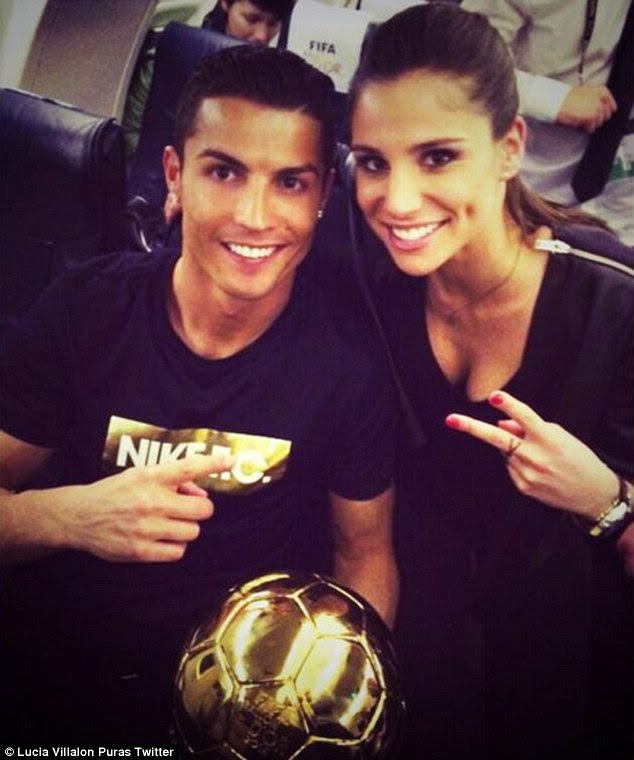 His split from girlfriend of nearly five years Irina Shayk was only confirmed at the weekend.

But football star Cristiano Ronaldo appears to have quickly moved on from his model ex - with the 29-year-old athlete allegedly dating Spanish TV reporter Lucia Villalon.


While the Russian supermodel refused to support her former beau at his third prestigious Ballon d'Or win honor on January 12, the 26-year-old sports journalist was pictured celebrating with the Real Madrid player in Irina's place.

The father-of-one was first linked to Lucia when she posted a photo of the pair on her Twitter account shortly after Cristiano received the golden soccer trophy in Zurich, Switzerland.

The intimate picture of the pair follows confirmation of Cristiano and Irina's split on Saturday.