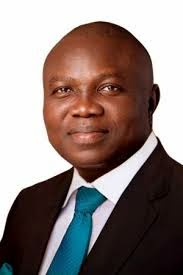 After almost twenty-four hours of voting and counting of ballots, Mr Akinwunmi Ambode, former Accountant General of Lagos, emerged winner of the All Progressives Congress, APC, governorship primaries in Lagos by a landslide on Friday morning.

The results were announced by Dr. Peter Obada, a representative of the APC National Primaries Committee around 8.13 am on Friday after counting was done all through the night.

Following Ambode in second position is the Lagos State Commissioner for Works and Infrastructure, Dr. Kadri Hamzat, who polled 1,201 votes.

Former Attorney General and Commissioner for Justice, Supo Sasore came 5th after polling 121 votes, while the former Commissioner for Health in Lagos State, Dr. Leke Pitan was 6th with 112 votes.

Announcing the results, Obada said he was highly impressed by the people of Lagos and what the leadership of the party put in place to ensure a smooth primary election in the most transparent manner.

“We tried as much as possible to be fair to all,” he said, while commending the aspirants for their maturity, saying that in every contest, there must always be a winner.

He said if any aspirant was not satisfied with the result, such person should go to the committee set up by the party.

Obada said since Ambode scored 3,735 votes “he is hereby declared winner,” to the joy of his supporters at the event.

There were jubilation all around Onikan Stadium as the popular song, “stand up for the champion,” rent the air, with party supporters brandishing APC’s symbol, the broom.

Speaking after the victory, Ambode said the accepted the victory with deep sense of gratitude, while commending the contestants for putting up a good contest.

Ambode extended his hand of fellowship to other aspirants, not only to win next year’s election, but to move Lagos forward to grester heights.

Popular posts from this blog

An amateur footage of the May 24 Nigeria Governors’ Forum election during which Rivers State Governor, Rotimi Amaechi, was reelected chairman after he defeated his only challenger, Jonah Jang of Plateau State 19 votes to 16 has emerged.

With his mobile phone, Governor Rauf Aregbesola of Osun captured most of the proceedings of an election that featured intense maneuvering from governors on a clear divide, either in support or against Governor Jonah Jang of Plateau state.

VIDEO AFTER THE BREAK

Jessica Alba Showcases Her Post-Pregnancy Figure In A Bright Bikini

Cash Warren couldn't keep his eyes off his wife of three-and-a-half years as they frolicked on the beach - and it's easy to see why.Jessica Alba wowed on in Cabo San Lucas, wearing a bright pink bikini as she enjoys a Mexican break with her family and friends.The actress only gave birth to her second daughter Haven four months ago but showed off her extremely toned stomach as she paddled in the warm water yesterday.

more pictures as you read on

Users have very little recourse to recover those funds, said Christine Duhaime, a lawyer and founder of the Digital Finance Institute…
Read more