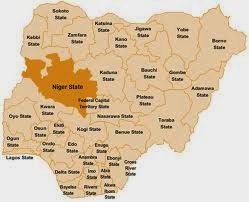 A female suicide bomber has detonated a bomb at the Federal College of Education Kontagora in Niger State.

Many are feared to have died in the explosion.


A lecture at the College, Randa Andrew, wrote the following on his Twitter page:

"A bomb just went off at the College where I lecture."

"The deafening sound caused panic as staff and students scampered to safety. Some were not lucky"

"I counted at least 3 dead bodies as I tried to navigate myself to a safety. Mainly female students."

"Police and other security agencies were quick to respond. Kudos to them. I still can't believe it"

"Had to rush and get my kids from their school. Pandemonium all over town. Parents running to get their wards. Sad"