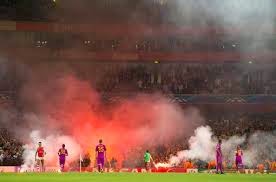 Arsenal will not face charges over flares thrown on the pitch in their Champions League game with Galatasaray after Uefa dropped disciplinary action.

European football's governing body have fined Galatasaray £39,570 for their part in the disturbance.


A statement added that the Turkish club must pay to repair damage caused to the Emirates Stadium by visiting fans.

Arsenal had been charged with failing to search fans to prevent flares being smuggled into the stadium.

The Gunners won the 1 October match between the sides 4-1 and will travel to Istanbul on 9 December for their Group D return. 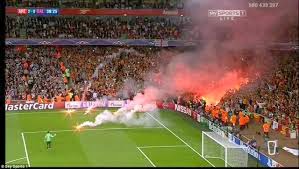