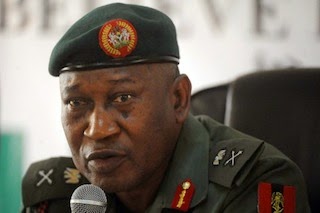 The Defence Headquarters has denied reports that over 200 girls kidnapped from a girls’ college in Chibok, Borno State on 14 April, 2014 by the insurgent group Boko Haram have been released.

Reports on some news website had indicated that some of the girls allegedly released were seen being driven to Maimalari Barracks, the headquarters of 7 Division of Nigerian Army on Tuesday evening.


In a tweet on Tuesday evening on its Twitter account @DefenceInfoNG, the Defence Headquarters said “The story circulating in respect of release of the #Chibok girls is untrue. Buses drove into the barracks but conveyed other individuals,” while denying the claims of release of some of the kidnapped girls.